Chances are that you have a computer mouse in your hand as you read these words. That object, now ubiquitous throughout the world, originated in the mid-1970's in Xerox's PARC laboratory in Palo Alto, which was a competitor to the famous Bell Telephone Labs in New Jersey. At the time, Xerox was one a handful of companies vying to establish a brand in small computers, which was a natural for them because of the company's dominance in copying. Their small computer, called the Alto, included an pointing device that they named "the mouse", and one would think that a big, resourceful, and technologically sophisticated company like Xerox would have been capable of riding their early advantage to world dominance in personal computing. That was not to happen. Instead, a young entrepeneur who, in exchange for an opportunity to invest in his new company, was given access in 1979 to the Xerox PARC experimental laboratory turned their slow, fragile, finicky, $300 input device into the cheap and reliable object you are holding. The name of that entrepeneur was Steve Jobs. As usual, Malcomb Gladwell tells the story in his own entertaining way. 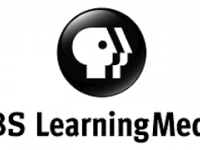