One might expect that an especially memorable chess match would have been a world championship game, or at least a tournament competition. However, one of the most famous matches ever played was an exhibition that had no significance for any competition.

Unless you teach in a religiously-sponsored school, religion probably plays little role in your teaching of science. However, the "prior knowledge" of your students includes some decidedly non-scientific, religion-inspired viewpoints that ought to be taken into account.

The Rock from Mars: A Detective Story on Two Planets

If you've been reading Hal's Picks for a long time, you might remember something about this rock, ALH84001, because the publication in Science of the paper that announced evidence in a meteorite that life had once existed on Mars was my Pick back in August of 1996. The article was controversial, as you might expect.

The Darkening Sea (Annals of Science)

You may remember Elizabeth Kolbert as author of the extensive New Yorker series on climate change that was Hal's Pick in May of 2005. She also wrote about the ways in which ice core samples disclose the history of the atmosphere; that article was Hal's Pick in January of 2002.

The Periodic Table: Its Story and Its Significance

A copy of the Periodic Table of the Chemical Elements hangs in virtually every classroom in which chemistry is taught, and it represents one of the great accomplishments of science. I can think of no other such concise and profound consolidation of scientific knowledge.

The search for replacements for oil and natural gas is heating up, as the price of oil rises. No alternative is getting more attention than biofuels - which in the US means ethanol from corn or biodiesel from soybeans. The movement has terrific political momentum because it promises not only to increase the price of corn, but also to enrich those who have invested in distillation facilities.

American Prometheus: The Triumph and Tragedy of J. Robert Oppenheimer

I am old enough to remember the 1954 hearings in the matter of J. Robert Oppenheimer, but I was too young to understand that there was more to this story about a supposed Communist in the nuclear weapons program than was being reported in the Los Angeles newspapers of the time.

What are the consequences of allowing irrational ideas into the science classroom? If you are willing to rely on faith instead of reason to come to conclusions about nature and our origins, then there is no reason to stop with Intelligent (sic) Design. Why not go all the way (and beyond that) and teach that the universe is the result of divine intervention by The Flying Spaghetti Monster?

Department of Food Science - The Search for Sweet: The tricky technology of sugar substitutes 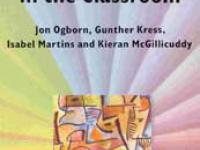 Explaining Science in the Classroom

The Signal and the Noise
Mammogram Math (The Way We Live Now)
Review: Understanding Chemistry through Cars by Geoffrey M. Bowers and Ruth A. Bowers